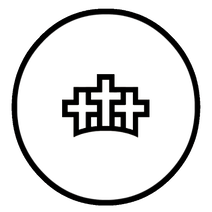 This site is in development • เว็บไซต์นี้กำลังสร้างอยู่

Print the tracts on a5 sized paper on double sided print, then print the cover on a4 paper, fold the book and bind together with staples and tape. Should make a nice tract to hand someone, and something they might be less likely to throw away, while maintaining lowcost production.

<
>
This is a tract from Heartcry missionary society which inspired my effort to create the TTT system to begin with. This tract does a very good job at giving the gospel using only scripture with very minimal explaination. This is good because many people are aware of the numerous denominations and they will be much more prone to agreeing with the bible or at least hearing what Jesus actually said, than to hearing what you and your particular denomination actually believe, even if you are a bible believing calvinist.

<
>
About a year ago we had a customer at our bakery who would come to eat nearly everyday, he was a businessman from isreal, an orthodox jew, and we had a great number of conversations. He seemed to be most interested in how Jewish our faith was, being supprised that our bible contains an unaltered complete version of their bible. In time i would come to realize that Christianity is Jewish and is not actually a seperate religion at all, but is true Judaism, in fact its to oldest sect of Judaism that still exists, Judeo-Christianity actually predates all modern Jewish sects. He was also interested in my wife's testemony, how could a Thai come to put her faith in the Jewish Messiah? In time i realized how important the old testament prophocies actually were in sharing the gospel with Thais. So this is a resource that puts together the main prophocies that prove Jesus is infact the Jewish Messiah, and savior of the world. Its purpose is to help Thais understand the connection between old and new testament and understand that Jesus isnt just a guy who we believe is God, but is infact the fufilment of thousands of years of prophecies.

<
>
A simple tract with the scriptures that reject the prosperity gospel. This is meant to be a tool you can hand to a believer, or teach through in a church group. The Prosperity Gospel is rampant in Thailand, and traces of it can be found in nearly every church from north to south. This breaks my heart, and my battle with the heresy is long and deep, this is an attempt to hold christians accountable... If you say you believe the bible... what do you say about these passages?
Decisionism is the false teaching that says that regeneration begins with the praying of a sinners prayer or making a decision to accept Christ. This is entirely unbiblical and has 2 potential results, 1. most likely it will result in false conversions that will fill your church then leave your church, and will be the cause of you needing to feed them milk constantly instead of moving on to deeper topics. 2. It might result in the eventual faith of a few, but due to the fact they misunderstand the cause of their faith as being a human decision rather than being a gift from God when they first heard the gospel, they will glorify in their own decision rather that glorifing God for opening their blind eyes when they had no ability of their own to come to God. This false teaching must be done away with, give this tract to your thai freind, especially those who are evangelists, let them know there is a biblical way to do evangelism and it will be must more effective in the long term.